In August of 2014 I was the Head Boatman for a private family Grand Canyon rafting trip. There are a number of responsibilities that come with being the head boatman, but the main responsibility is the head boatman would typically go first through each rapid and also have the final say on how a scouted rapid would be run if there needed to be a consensus. 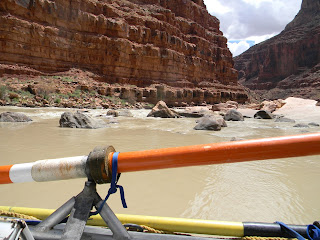 The benefit of following someone else into a rapid is you can simply follow the same entry into the rapid if all goes well. 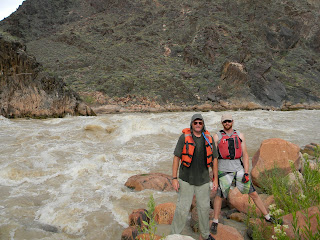 In Northern California near Yosemite National Park is a very fast and challenging river called the Tuolomne. It’s recommended that before you run this river on your own that you go with someone experienced because it is so steep and rocky it can be difficult to see the route if you are unfamiliar with the rapids.

It could turn in to a big problem if the lead boat had a boatman that was not familiar with the river or the rapids if they chose to just run most of the rapids and not scout the big ones in advance. In challenging whitewater runs like the Toulomne or Grand Canyon, it just makes sense to have someone with experience lead the way if you are not familiar with the river.

So do you have a “head boatman” in your life when you venture into unknown territory? Having been a professional mentor and coach since 2005 I have noticed there are a lot of good mentors and coaches, and unfortunately, a lot of bad ones too. 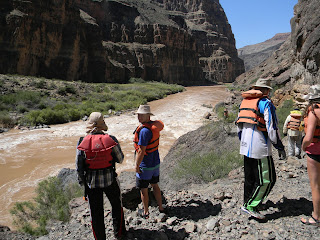 Sometimes the problem lies in the client who chooses not to make the changes identified by the mentor and they blame the mentor for their lack of success.

Sometimes the problem lies with the mentor essentially being unqualified. And one of the best ways to determine if a mentor is qualified is if they’ve gone first, and have done the work and made the changes you are looking to make. Very much like a good head boatman on a river trip, they go first.
Posted by Chris LeCheminant at 6:37 PM No comments: