Or We Don't Go


I was recently speaking with a client who I’m helping get his new business designed and up and running. He “dropped the bomb” saying that he was down to his last $10 and his credit cards were maxed out.

How would you respond to that kind of situation?

First of all, if you plan to just give generic advice then you’re doing that person a disservice. You must see the problem from exactly where that person is, not some canned answer everyone gets.

Second, if you understand where they are personally and what brought them to this point you can start to provide very specific solutions.

So you might be wondering how this fits into a lesson from my river rafting experiences.

Most whitewater rafting opportunities are on rivers that run through narrow canyons. This means the areas for camping and off-river activities are often in small spaces used over and over again by river runners. 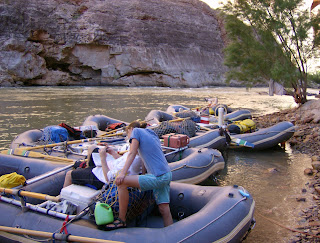 So these spaces are in some cases over-used or at least have an unnatural share of human activity during a river running season. For this reason, rules and specific guidelines have been established to minimize the amount of human impact but still balance that with the demand for use on that river. 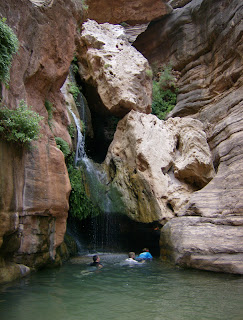 Since there is a need to balance the desired uses of the river corridor with the need for environmental protection, the most popular whitewater sections of rivers are regulated by a permit system, The permit system usually limits the number of people who can go on the river at any one time as well as throughout the year and enforces specific rules of conduct and the required equipment for the trip.

When you apply for and obtain a permit you essentially promise to abide by the rules governing that permit. If you don’t, you may be heavily fined and may even be banned from applying for a permit in the future.

Most permits require the river users to carry EVERYTHING out and leave nothing behind on the river and especially in the limited spaces for camping. And one of the most serious problems with multi-day trips is the management of human waste. When they say carry everything out, they mean everything! 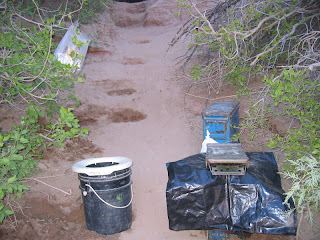 So who would want the job of taking care of the human waste system that has to be set up and taken down each and every time a group breaks camp and moves downriver? What if as a group we decided we just didn’t want to deal with that part of the trip because it’s not the glamorous and fun part of river running? 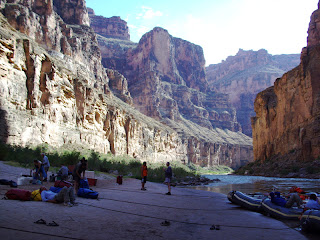 Back to my "broke" client: What if the only reason he was not making money in his business was because he had been simply avoiding the “un-glamorous” parts of his business development?

So I ‘called him’ on all the actions in his business he had taken up until that point and simply asked him if he had been avoiding the un-glamorous stuff. And he had to admit that that was exactly what was happening.

So I explained to him that just like on a river trip we have some unglamorous and quite frankly disgusting jobs that need to be done or else we don’t get to go on the trip. And there are activities in our businesses that are not as fun and exciting as others, but they still have to be done. 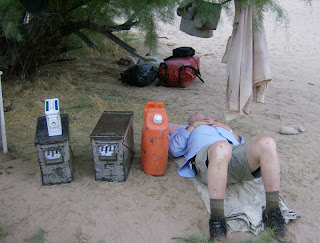 Keep in mind it doesn’t always have to be us doing those less glamorous jobs, but somebody needs to do it. And to be sure, if it is not us we still need to properly delegate and follow up. And it doesn’t just apply to business, but every important activity where we are looking for a specific outcome and requires some “less glamorous” effort.

So the next time you find yourself avoiding activities or parts of a project because they aren’t as interesting or glamorous, but you know they need to get done, remember this phrase, “Somebody has to do this, or we don’t go.” And I bet in most cases what you are dealing with won’t be as unglamorous as dealing with everyone else’s human waste anyway. 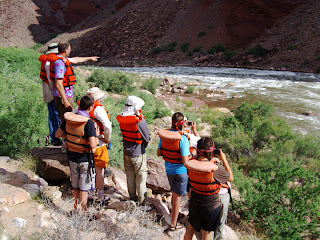 Avoiding the less attractive work means it may end up blowing up the whole project or anticipated experience. Or maybe even causing the failure of your new business venture. 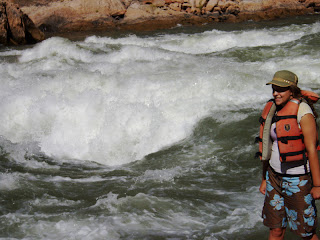 So instead of focusing on the unpleasant task and avoiding it completely, resolve to just get it done and look forward to all the fun, excitement, and glamour that represents the entire experience or business development. 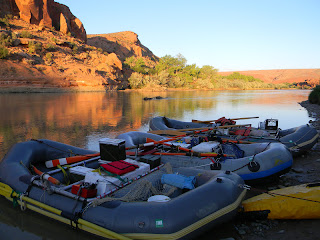 By the way, my client emailed just two days later telling me he had just made $5000.00 and his immediate cash flow issue was resolved. Not a bad result for choosing what needed to get done even though it was not so glamorous.

Posted by Chris LeCheminant at 2:19 PM No comments: