When I first started rafting, it was all about the rapids. The flat water in-between was something I would just sort of endure. 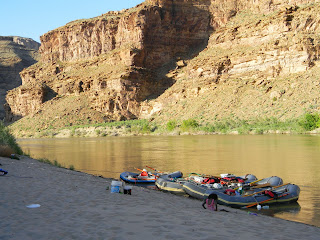 Then I started to pay more attention to the scenery and characteristics of the canyons between the rapids. In some cases there was a lot of “between the rapids” when we would go miles and sometimes days without a rapid. 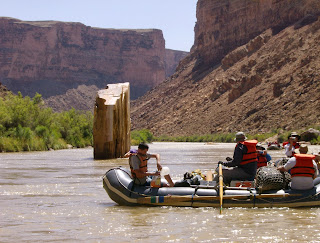 It was in those times of flat water that I made a decision I was going to enjoy the calm, sometimes as much as the exciting adrenalin filled rapids. 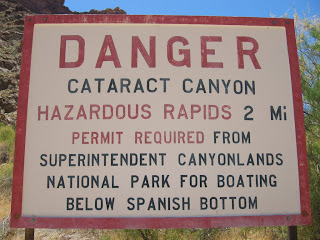 As the popularity of river rafting increased over the years, it became harder and harder to get private use permits on any river that was longer than a few miles. But there is still one major river in the west that hasn’t been too difficult to get a private permit to raft. And that’s Cataract Canyon through Canyonlands Nat’l Park. 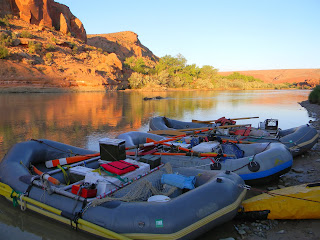 I used to wonder why it was so much easier to get a permit for “Cat” as we would affectionately call it. Then I realized that the river isn’t as ‘commercially’ popular because the shortest distance to get to the rapids in Cataract Canyon is from Moab, UT and that can take up to 3 days of rowing flat water. Many rafting companies will minimize the time on this section of the river by jet boats to take their customers down to the top of Cat and then run them through in one day.


So I realized we could get non-commercial permits more easily because there wasn’t the same kind of commercial demand as there was on other rivers. 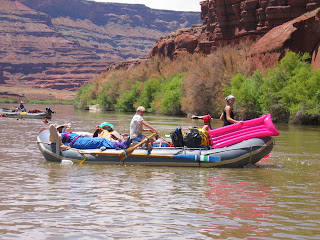 The flat water above Cat for me is one of the little known gems of Canyonlands Nat’l Park. I just love meandering through the twists and turns of the Colorado River at a very slow pace. That's often lost when blasting down the river in a jet boat. 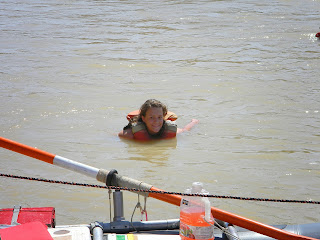 Frequently while meandering the canyon the kids would jump out and just float along near the rafts and enjoy the peace and quiet of the cool slow moving river on a hot summer's day. 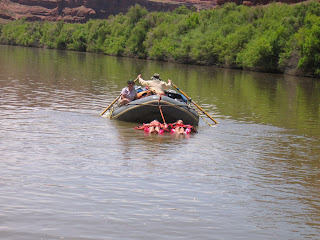 Or just make the one rowing work a little harder.

The views of the Island in the Sky District of Canyonlands, or the spectacular view from the river of Dead Horse Point are amazing. And from the river you get to watch the scenes unfold for hours, even days. 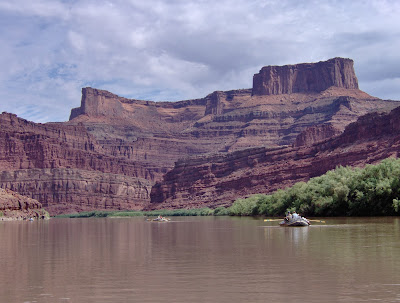 I’m a huge advocate of taking time occasionally to slow down and be still. In our hectic fast paced lives it’s almost like our lives are always rapids and no flat water. It’s only in the flat water you can really step back and observe the intricate details of the canyon and appreciate what’s around you. It's also a great opportunity to be still and contemplate your life's purpose and major decisions. 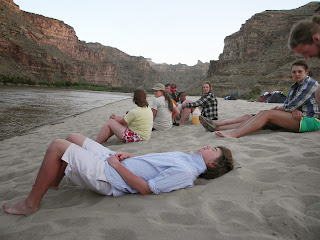 In the “rapids of life” we should be focused and single minded. But we can miss out on a lot of detail and beauty if we don’t have some flat water in-between and appreciate those times when the flat water may even go on for long stretches.
Posted by Chris LeCheminant at 9:45 AM 1 comment: